I met Thomas while running the Woodside 50k in November 2011 – we were introduced before the race, and ended up running about 20 miles together. Thomas was an excellent pacer/coach, and we both crossed the finish line in 4:49, a decent time on a fairly hilly course. We kept in touch, and came up with the idea to do an R2R2R with a couple friends of his, with whom I had never met.

We planned our trip via many emails and texts, and all met at the Phoenix Airport on a Friday afternoon to drive to the Grand Canyon together. I had only met Thomas once before, and had never met Mats or Kevin, but we all clicked just fine and begin our incredible adventure.

After a super early coffee/breakfast at the hotel, we drove the 20 minutes or so to the South Kaibab Trailhead. Our route would take us down the South Kaibab, across the valley floor, up the North Kaibab, and return the same way, with adding on the Ribbon Falls Trail. 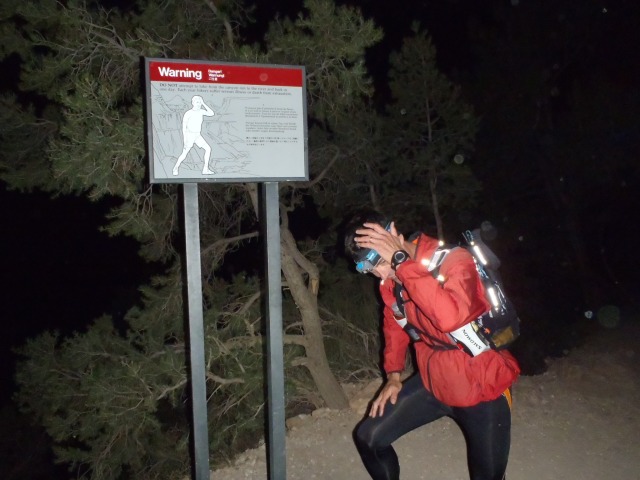 After descending the South Kaibab Trail, we crossed the Colorado River (at sunrise) and continued along the canyon bottom towards the North Kaibab Trail.

There is normally water available at the North Rim trailhead – when I came out in March we were able to fill up there, so I was counting on it, especially with the heat. I was also planning to have lunch on the North Rim. Imagine my surprise when I got up there and the water was off… it made for a very tough, depressing section as I was completely out and I thought I would have to run about 5 miles before I was able to get more water. I skipped on lunch and started right back down. The fear of death by dehydration is not fun… however, I found a water spot less than 2 miles from the top.

Even after I was able to fill my pack again, I had trouble getting out of the negative mindset. I even had the thought “why am I out here doing this again, it’s hot, I was just here in the spring, this is stupid”. I really did think that, momentarily. In order to snap out of the funk, I focused on taking pictures. After about 10 minutes of using the camera again (I had stopped taking pictures while climbing the North Rim when I ran out of water and it became a survival trek), I had cheered up and was happy and grateful to be in this incredible place.

Just as it was getting really flipping hot, we made it to the Ribbon Falls Trail, and spent about 10 minutes cooling off in the falls. It was heavenly. 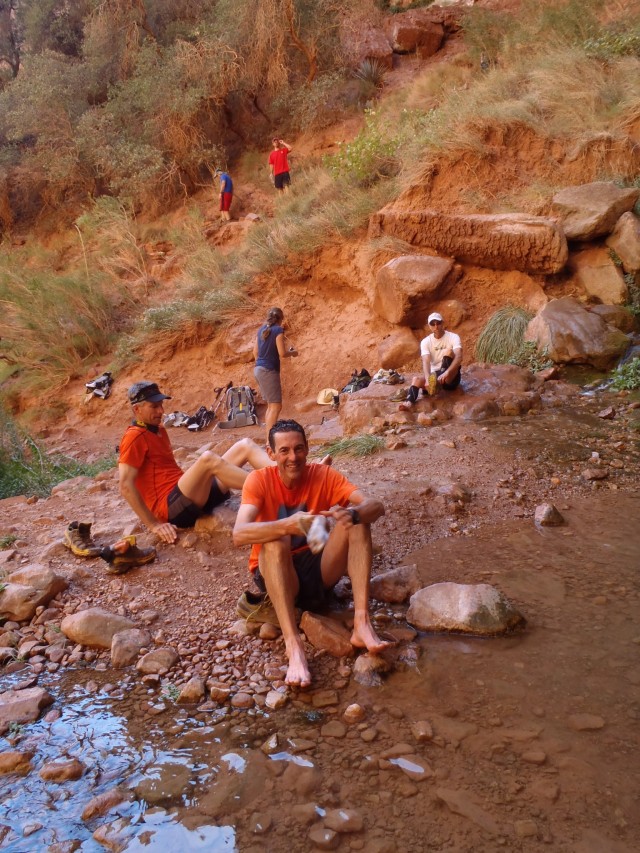 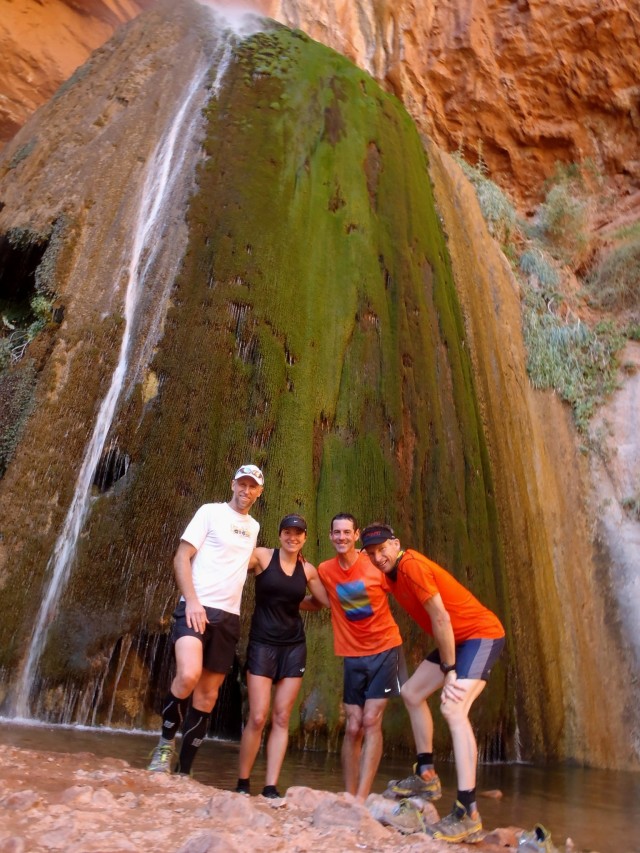 We stopped at Phantom Ranch, had a little dinner consisting of lemonade and candy bars for the climb back up. We also picked up our headlamps and layers that we had stashed earlier in the morning. 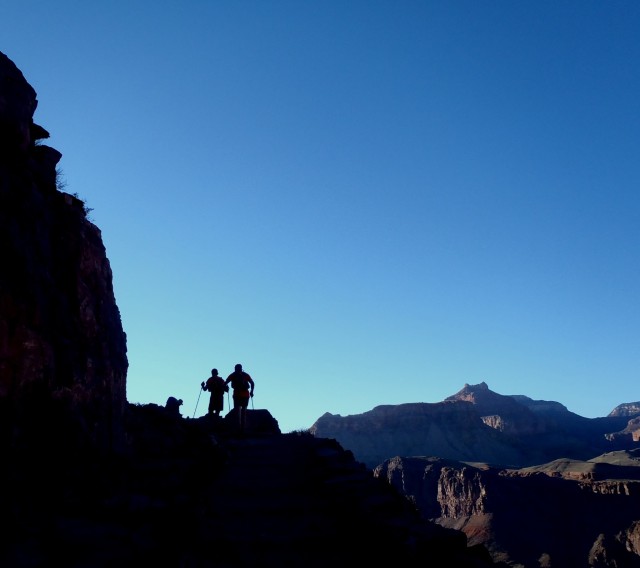 The sun set on the Grand Canyon as we completed our journey. Approximately 47 miles and a crazy amount of climbing and descending. My new friends and I went back to the hotel and celebrated with pizza and beer.