How could I say no to a free entry? I got Coach Meghan’s blessing (a 50 mile training run in prep for Lake Sonoma 50 next month was not really on the schedule), and tried not to worry about the race, as it was just a “fun training run” with Lucas.

Six days before the race (Marin Ultra Challenge 50 mile), I ran just over 20 miles on snow-covered, icy roads, and wondered how my training (or lack thereof) was going to translate to the unforgiving climbs of the Marin headlands. I’d been getting a decent base of 50-60 miles for the past few weeks, but mostly on pavement covered in snow and ice, with little elevation gain.

I drove to Emeryville Friday night after work, and stayed with Lucas on his boat. After 3-4 hours of sleep, we left the marina at 4:30am and drove to Rodeo Beach for the 6am start. 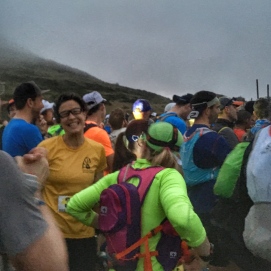 Helen ready for the 50k, which started at the same time

The race began with a climb, and we quickly rose above the fog and witnessed a spectacular sunrise. 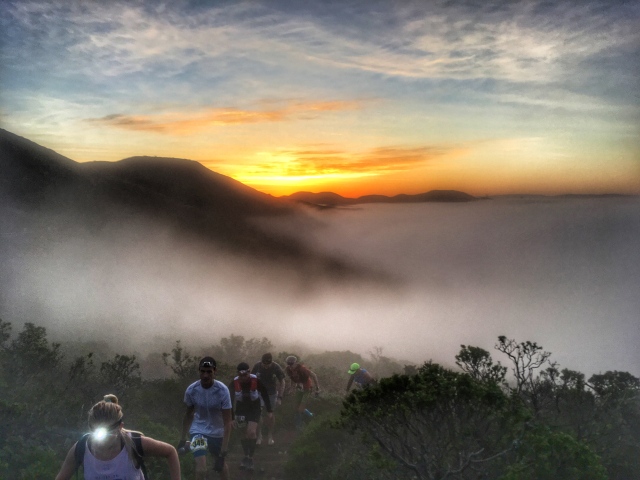 Our initial time goal was to finish in 12 hours, but as the miles clicked by, I started to think we would finish in closer to 10 hours, if we could keep pace.

Many friends were on course, as the 50m and the 50k started at the same time, and since I was wearing my hideous gold old-school DPMR shirt, several people recognized me (or the club) and it was fun to talk with friends, old and new, along the way.

By mile 7, we had already climbed over 2,100 feet. I clearly remember this was the total climbing I had done in my “long” run Sunday of 20.5 miles. That was a daunting thought.

Stacie and Lucas on a short paved section 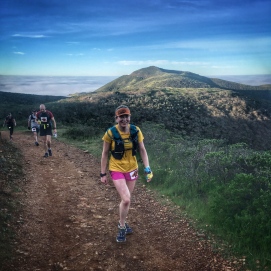 Photo of me by Lucas

During a glorious downhill section before Tennessee Valley (mile 10-ish) my knee started hurting. Then it started throbbing. Within a few minutes the pain was almost unbearable- I told Lucas I might have to drop at the aid station. We looked for KT tape but no one had any. Too soon to take drugs? yes.

Only option was to trudge along and see if I could work it out. I found that the pain went away on flat sections or whenever we were climbing. Fortunately, there was a lot (10,500′) of climbing in this race.  I also discovered I could run downhill on steps without pain, so I tried to mimic the motion of running down steps. 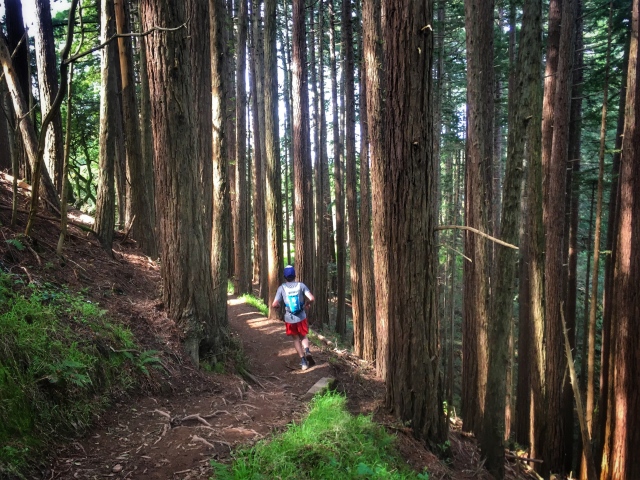 We heard talk (during the run) of a big climb out of Stinson Beach around mile 23. I was glad to hear others discussing it because I felt prepared when it came. We marched up the 2-mile climb, and enjoyed the views.

Coming down from the climb into a very mellow, very runnable downhill section, the knee begged for relief. I took a celebrex and hoped for the best.

The celebrex kicked in within 20 minutes and I was happy for the next few hours (but feeling guilty for cheating, and wondering what the cost would be for masking the pain instead of fixing the problem).

Lucas and I hit the halfway mark around 5 hours 10 min. The prospects of going sub-10 (our new unspoken goal) were looking slim considering we would still have to do a significant amount of climbing and pull off a negative split (and the course detour this year added about 3/4 of a mile to the race). I tried not to think about time and instead focus on catching and (eventually) passing runners for entertainment.

It became a game of chasing red shirts, as nearly every guy in front of us was wearing one. When we finally saw a woman in front of us, around mile 40, I got so excited that I didn’t look where I was going and crashed hard on the trail. Lots of dirt and some bruising but nothing serious. Lesson learned. (we still passed her)

No more time for photos during our race – “It’s a race all the way to the finish, Jenelle” as my wise pacer Audrey once said). I should mention here the course support – aid stations, volunteers at road crossings, intersections – was top notch – incredible volunteers and perfect trail markings (and we tend to get lost often).

The last woman we had a chance to catch was at mile 47 – she saw us moving in on her and turned it into a 3 mile all-out sprint (as much as you can sprint 47 miles in that is). We actually ran up the last climb (not sure how) and as I caught her on the pavement, running down at a 6:50 pace, I smiled and said “Great Race!” and she laughed and said “I fold”. It was at this point I looked at my watch and saw we could break 10 hours. Lucas and I pushed hard to the finish line and crossed together in 9 hours, 56 minutes; as 22nd and 23rd overall (and 7th female for me). A kiss and a beer and our perfect running date was complete.

Meanwhile, our friends Julia and Naomi had an adventurous time watching my dog, Beverly, who they brought for a 20 mile run while we were racing. We all met at Marin Brewing Company for dinner afterwards and shared war stories. I’ll spare the gory details but they didn’t have an easy day of it.

The next day, on a last-minute whim (should we walk into town, drive to the dog park, or ?) Lucas and I set out in his little zodiac to Treasure Island, across the bay. I used to be terrified at the thought of the little boat on the open water, but weather was on our side and we had a fantastic time exploring the island and found a great recovery spot – Wood’s Island Club, which had a cheesy but awesome fake beach with a brewery and empanadas. Treasure Island could be greatly improved with less fences and restrictions to access but we still managed to find our way around some cool spots. 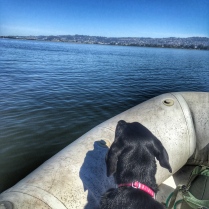 Bev, not to sure about this idea 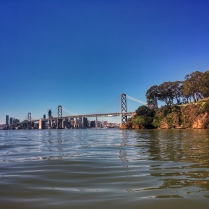 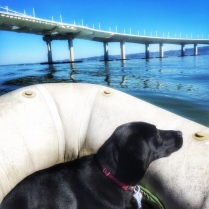 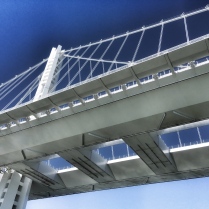 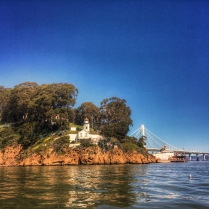 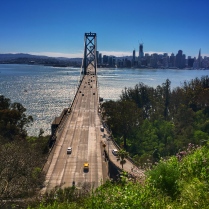 back in the marina 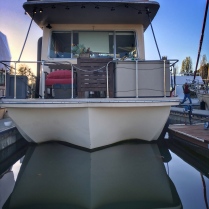 Now, it’s back to the grind until Lake Sonoma 50 next month, and trying to figure out how to fix this knee problem. Any and all suggestions appreciated.