My parents, sister, and I took Stephen and Avian to one of my favorite places to visit – Mackinac Island, a 3.8 square mile island in lake Huron, in between Upper and Lower Michigan. We arrived in St. Ignas on Friday afternoon, in time to meet Aunt Chris and Uncle Larry for dinner and watch the sunset. 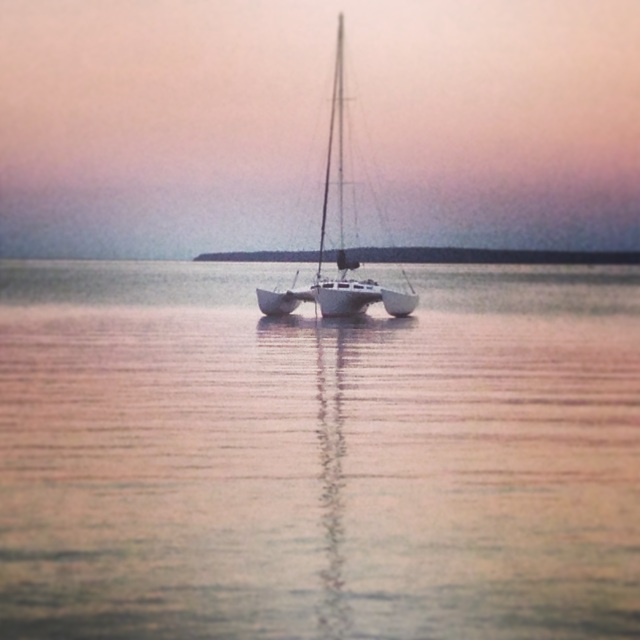 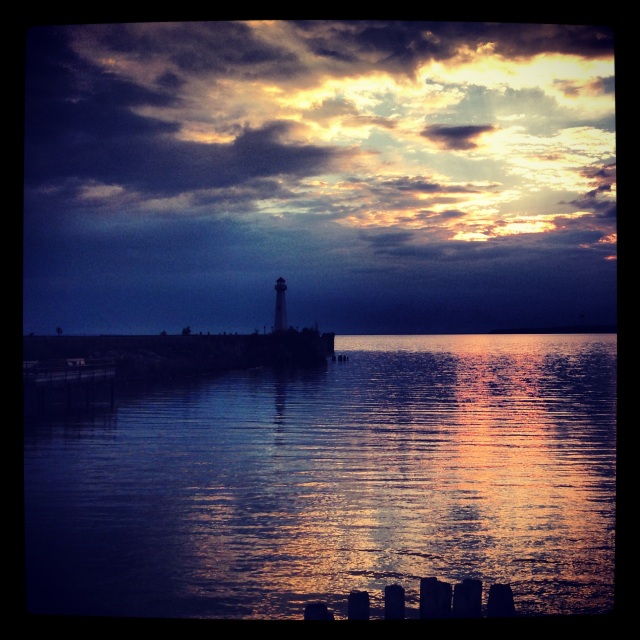 I met Fred early the next morning for a run, and we watched the sun come up in the Straights of Mackinac. Fred thought it was hysterical that he asked the front desk agent (when he and Sarah checked in at 1am) “Which room is Jenelle Potvin staying in?” And they told him right away. “Only in the U.P.” he said… 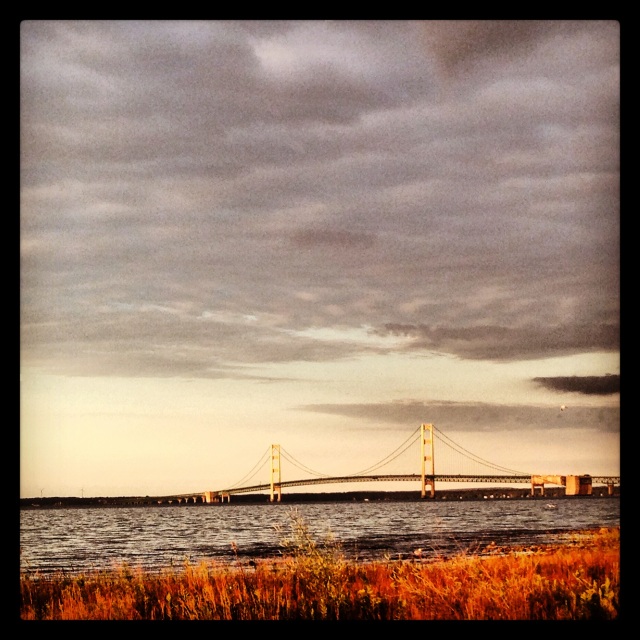 During our ferry ride from St. Ignas to Mackinac Island, we tried to ignore the thunderclouds that were forming. 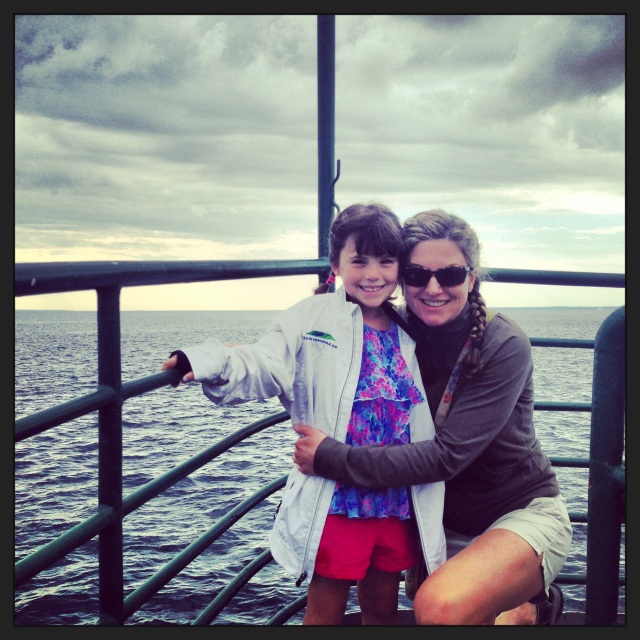 On the ride over, Fred showed us his large bag of leftover bread that he intended to feed to the birds all day on the island. The kids were excited, but I reminded them it was probably not legal. So throughout the day, Fred tried to give bread away to anyone in sight- starting with the barista at Starbucks. No one took him up on his offers.

After about an hour of walking around on the island (there are no cars, only pedestrians, bikes, and horses allowed), it began to rain, heavily.

We took shelter in the Butterfly House…

After the rain, we continued our tour around the Island. Avian and Stephen were not impressed with the rules at the Grand Hotel.

We walked back downtown, enjoying the sights, to find bike rentals. 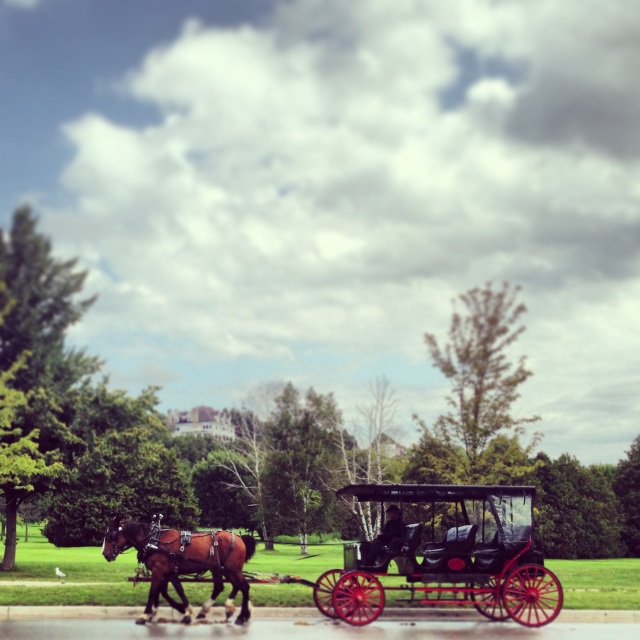 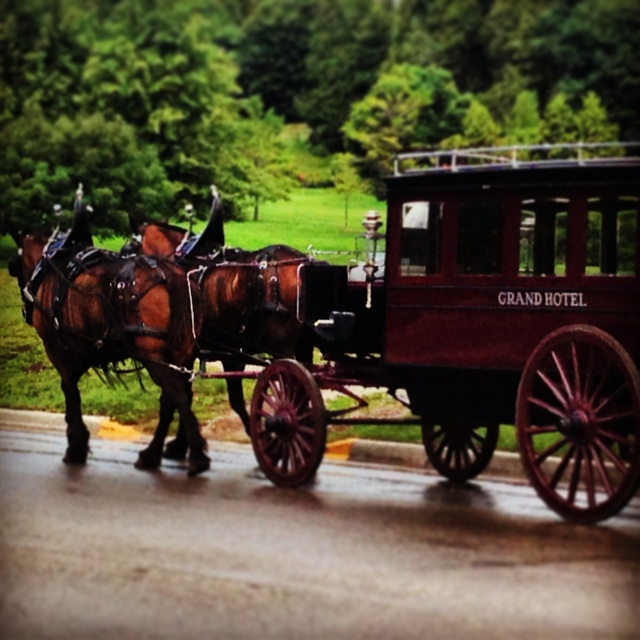 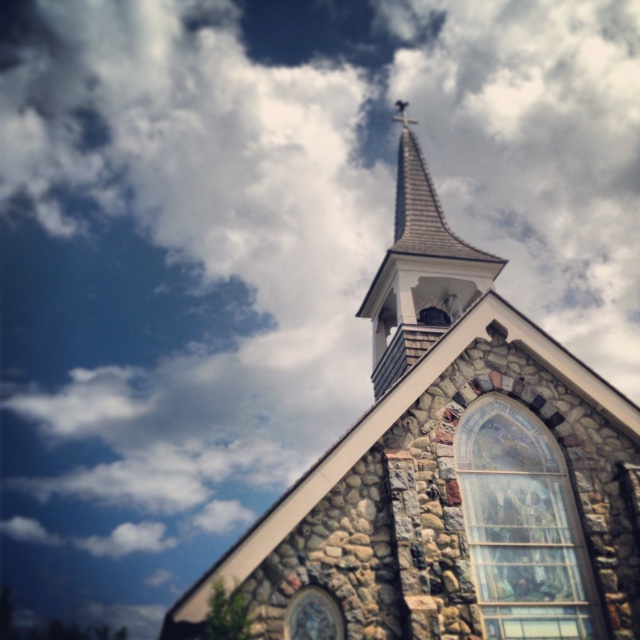 On our lap around the island, the storm clouds grew more and more menacing. We had a couple emergency fudge breaks, and finally  had to stop and hide in some trees during a crazy downpour. 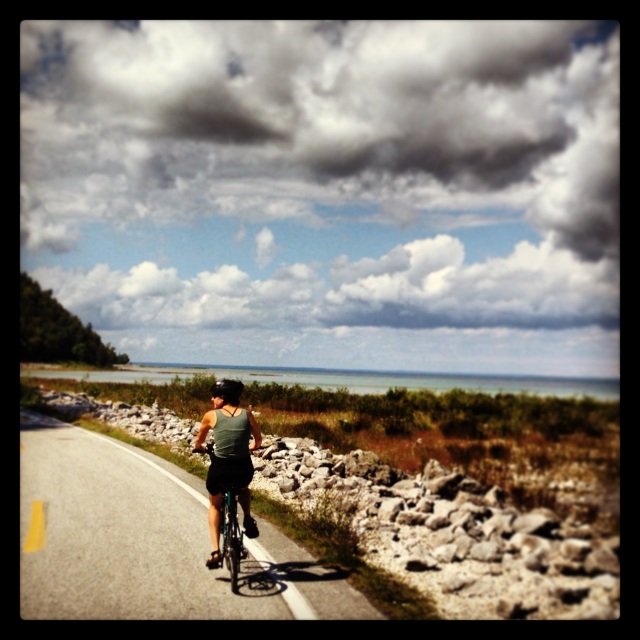 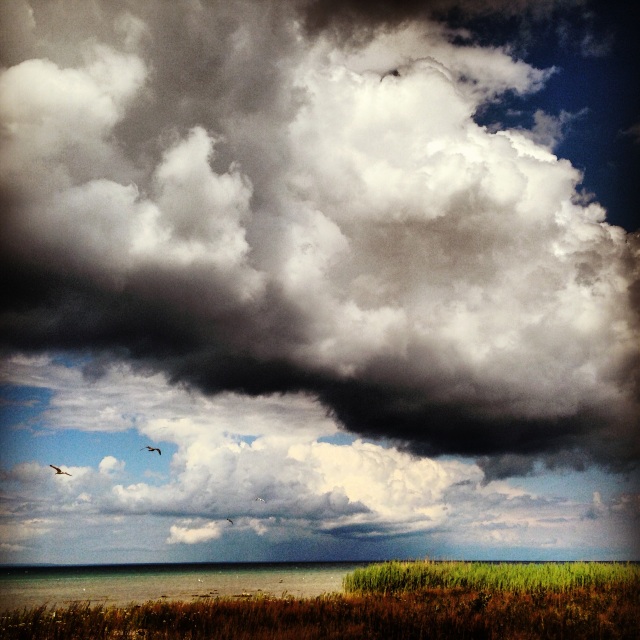 After the first lap, Avian and Stephen went with Fred and Sarah, and Lynette and I took my mom for another lap around the island. I was so happy Mom wanted to continue biking, as I clearly remember a trip to to the island many years ago, when Mom struggled to complete one lap. At one point, Lynette had said to her “It’s ok to push yourself, you know”, when she was walking her bike up a small hill. That quote from Lynette has stuck with me and I recall it many times when I am struggling during a long run.

After a quick dinner, we got back on the ferry and headed out. but not before Fred broke all the posted rules, and he and the kids gleefully fed the last of his bags of bread to the hungry seagulls along the shore.